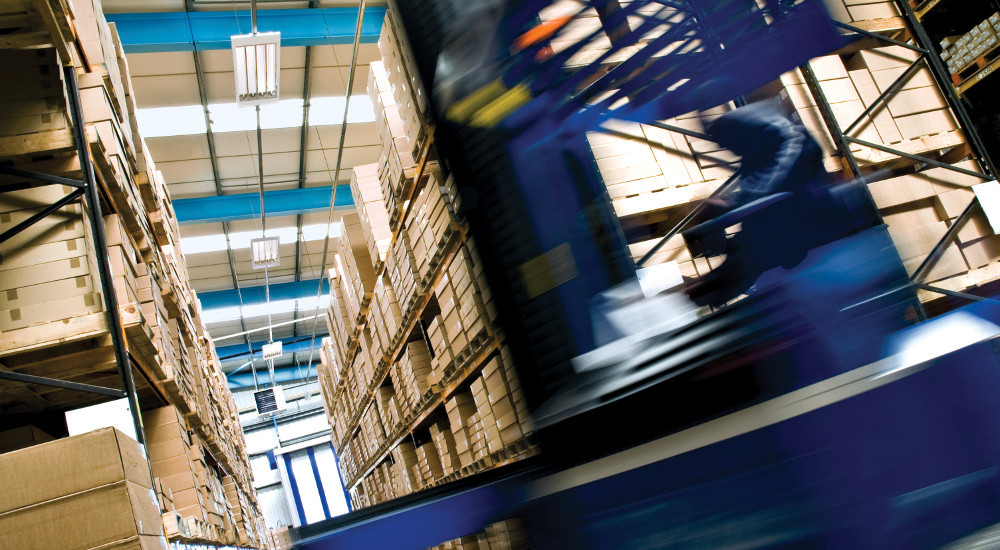 After consultation with lighting experts management took a decision to replace the traditional factory High Bay lights with smart lighting. With 27 High Bay lights each rated at 400 watts, lighting in the factory was using 10,800 watts per hour and there was no ability to turn one or two High Bays off when not required – it was basically all or nothing.

The High Bay lights give off a lot of heat, take time to warm up and we experienced one light self- combusting. After an initial bang the unit caught fire and whilst it was contained the work place was evacuated until the risks had been assessed and the issue isolated.

We investigated LED based High Bay lights but at the time their light spread and lux levels were inadequate for our needs. Instead we opted to replace each High Bay with a 4 by array of compact fluorescent tubes each with an intelligent controller. Each tube is 80 watts so an array is 320 watts, which is an initial saving of 20%.
The intelligent controller has the ability to detect movement so when there’s no movement they switch off. Also depending on lighting levels, such as a sunny day, the lighting will dim or switch off completely. One other feature is that more than 1 array can be “joined” as a group so that a group will acts as one and the remote allows the lighting to be reprogrammed.

So on top of the initial 20% saving we’re told and we agree the savings can be as high as 50% due to the lights automatically dimming and switching off when not required, and best of all no-one forgets to turn the light switch off.

Not only has the factory lighting been enhanced but the office space has been treated to LED panels to replace the common fluorescent tube lighting. The LED panel lighting is much brighter, all panels are the same colour and best of all use 1/3 of the power of the old dusty fluorescent tubes